Since announcing the "Mountains" layer in April, we’ve been busy working to bring you additional geographic features in Google Earth. Today we’re announcing the availability of mountain ranges, deserts, plains and more under the “Borders and Labels” left Layers panel.

Along with well-known landmarks such as the Appalachian Mountains, the Alps and the Sahara Desert, you’ll also find some less-well-known (but just as interesting) features, including the Lut Desert in southeastern Iran (one of the hottest areas on Earth) and the Canadian Shield in central and eastern Canada (a very large area in where glaciers removed much of the topsoil starting around 4.5 billion years ago). 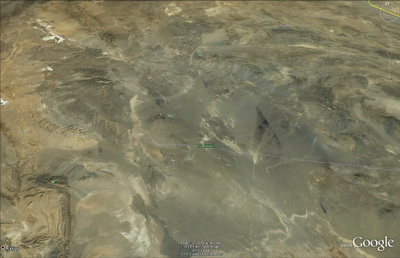 Canadian Shield in central and eastern Canada
To view these and all the other newly-added features, make sure “Borders and Labels” box is checked in the left Layers panel in Google Earth and look for the green labels.

Knowing that a single label may not do justice to expansive areas such as the Rocky Mountains, we’ve also enabled “mouseover” extents for these geographic features. By simply moving your mouse over the label you can see the full extent of larger formations or regions.

Mouseover extent of the Rocky Mountains
We hope this addition makes it easier for you to explore the world’s greatest natural features.
Posted by Ivan Tasev at 12:17 PM